8 Best Places to Buy a Holiday Home in the UK 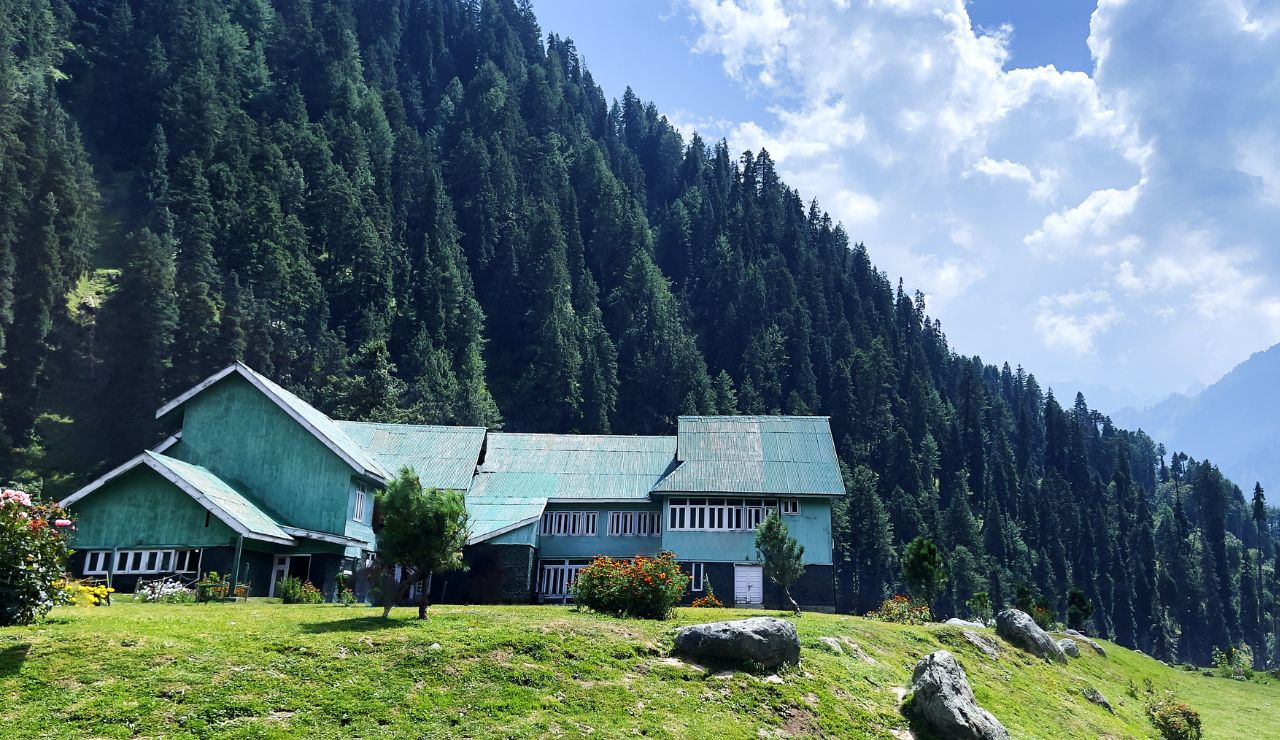 The hotel and vacation rental market is estimated to grow by over 6% between 2022 and 2026, reaching an estimated market value of £22 billion. A holiday let property can be one of the best investments in the UK’s current market, particularly after the downfall of returns across buy-to-let portfolios. But, as detailed in a previous article, you need to get a few things right.

Location is one of the most critical factors. A high tourist footfall location most likely has an attractive return on investment. This article focuses on a list of cities and towns that we consider among the best places to buy a holiday home in the UK. 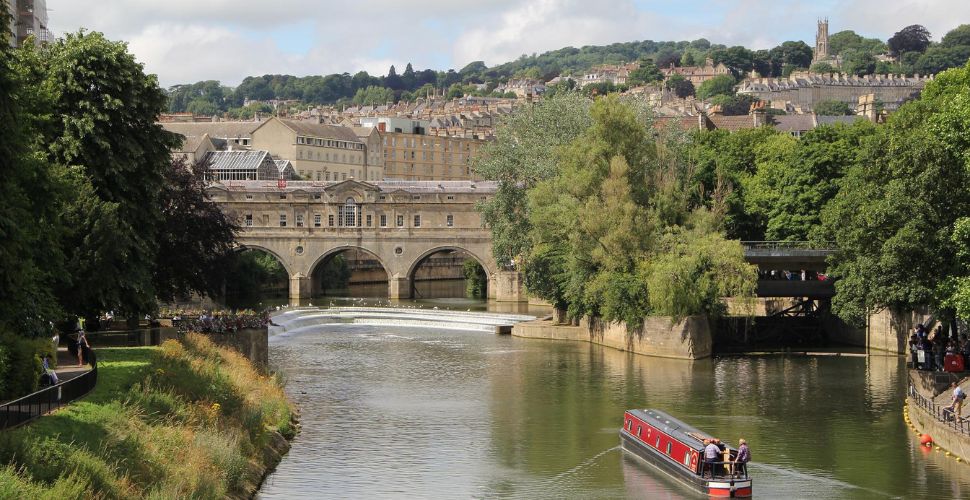 Bath, designated as a UNESCO World Heritage, is one of the most popular destinations for the UK and international tourists. It is close to Bristol and has direct links to London with fast trains running from London every 30 minutes, which gets tourists into Bath in less than 90 minutes.

The city is famous for its beautiful town planning and Georgian architecture. Many tourists visit Bath every year to experience the Roman baths “Thermae”, Bath Abbey and Bath assembly rooms. Simply wandering around this historic city is an attraction as old churches, Roman crescents, and landmark homes are around every corner. Between 1801 and 1806, the famous author, Jane Austen, called the city of Bath her home, which is why Bath features in two of her famous novels.

Bath attracts the most tourists in summer but also hosts the Christmas markets in winter, voted one of the top markets in the UK. The value of the visitor economy in Bath is pegged at close to £470 million. Bath registered over 6.25 million visitors per an independent survey carried out by The South West Research Company in 2018.

The local council ensures to preserve the city limiting the amount of new supply; hence, the supply is mostly limited, whereas the demand for property remains high creating an equation for good capital growth. That’s why Bath is considered as one of the UK’s best place to buy a holiday home.

Below are some statistics (last 12 months) on Bath 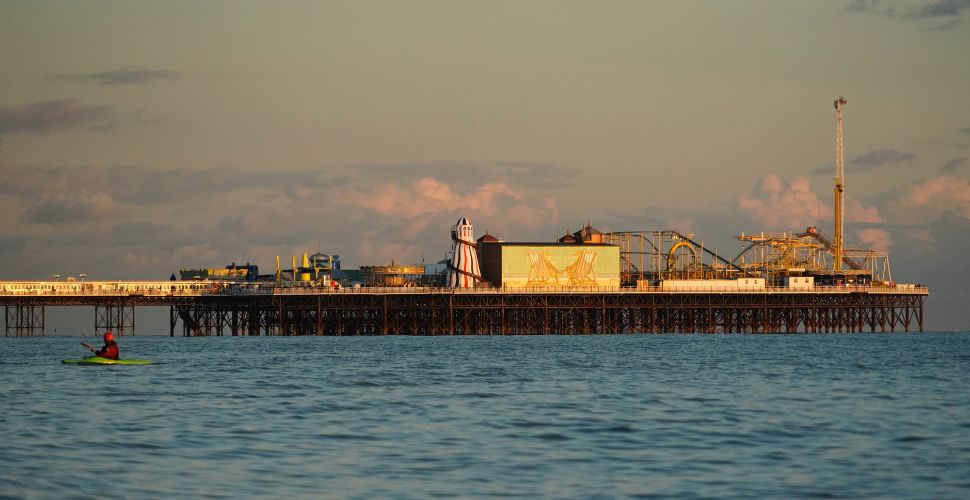 Brighton is a seaside resort offering exquisite cuisine, pubs and nightlife. Located between the South Downs and the Sea, Brighton & Hove is extremely popular with just about every demographic. Some places of interest are undercliff walk, Brighton Palace Pier, Brighton Beach, Royal Pavilion, and the sea life experience. Brighton is the larger of the two areas. Brighton is also famous for its diversity and friendliness, making it a safe area to visit.

Brighton is just under an hour from London via the Southern Rail and only 30 minutes away by train from Gatwick airport.

Brighton’s proximity to London and the multicultural atmosphere makes it a popular place to invest in holiday lets or homes in the UK. New figures from the government’s Valuation Office Agency, provided by property experts Altus Group, show 434 holiday lets in Brighton trading as businesses as of the end of May 2022. This is an increase of 149 holiday lets since mid-March 2020, before the onset of the coronavirus pandemic.

Below are some statistics (last 12 months) on Brighton & Hove: 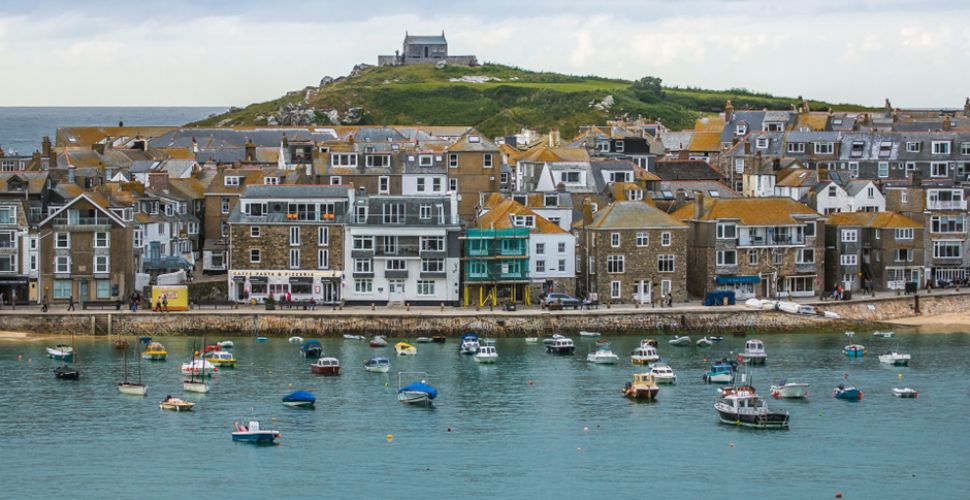 Famous for its scenic beauty and surfing hotspots, St Ives, located in Cornwall, has a considerable tourist demand, particularly in the summer. It’s a hotspot for year-round watersports such as surfing and has many luxury hotels and restaurants that attract tourists worldwide. St Ives has several white sandy beaches, and its tropical-looking nature is why tourists stay in this small town every year.

St Ives is just under 1 hour from Newquay airport, which has direct flights to London, Manchester, Scotland, Ireland and even several places in the EU. This connection means travellers from all around the UK can easily get to St Ives from many large cities across the UK.

Around 540000 day trippers and more than 220000 overnight tourists visit St Ives every year. Roughly 1 in 4 properties in St Ives is a holiday let or second home with an average occupancy rate of 50%. Over the pandemic, holidaymakers to St Ives were at the centre of the staycation boom. The most popular area is along Porthminster Beach and around the harbour, which had 956 holiday lets in July 2022.

Below are some statistics (last 12 months) on St Ives: 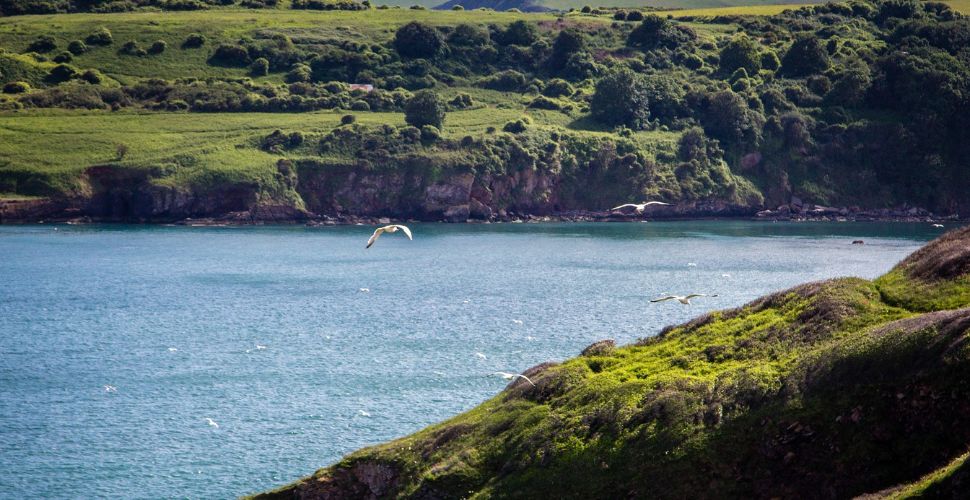 The Torbay area is nicknamed The English Riviera and boasts 22 miles of the stunning South Devon coastline. It takes its name as the English Riviera from Victorian times when visitors compared the warm climate to that found on the French Riviera. There are three main towns around the marine inlet of Torbay: Torquay in the north, Paignton in the centre, and Brixham in the south.

Torquay is the largest of the three areas and one of the most popular places in Devon to go on holiday. It has sandy beaches, palm trees and a harbour full of yachts that could easily make one feel as if they are holidaying in the Mediterranean. Tripadvisor ranked Torquay as the number one staycation destination in the UK in 2021. Just around the bay is Brixham, one of the UK’s largest and busiest fishing fleet towns. Seafood restaurants are aplenty here, with art galleries and narrow streets dotted about the town.

You can travel from London to Torquay without having to change trains. There are 6 direct trains from Torquay to London Paddington each day. Torbay is also closer to the cities of Exeter and Plymouth. Torbay on the whole has an average occupancy rate of 74% which is very high considering the size of the area. The average daily rate is £123 and this rises significantly the closer to the coast you get. All this makes Torbay as one of the best places to buy your holiday home.

Below are some statistics (last 12 months) on Torbay 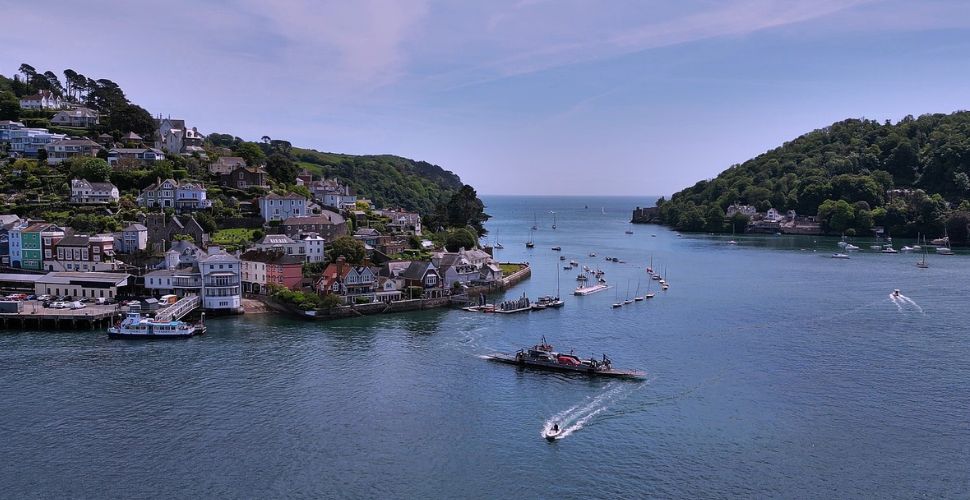 Narrow streets, bright colourful houses, scenic historic buildings, and beautiful landscape makes Dartmouth one of the most desirable towns for property in the South West. In the summer, the Regatta attracts thousands of tourists, and the town is fully booked years in advance. Dartmouth harbour has many watersports, suitable for families of all ages, with trips to Salcombe another must-see when in Devon. Property in Dartmouth is priced higher than in other areas in Devon, but there is no sign of slowing growth! Average occupancy sits at 79%, which is well above the UK average and the average daily rent sits at a whopping £190 per night – one of the highest in the South West.

Dartmouth is located in between the cities of Plymouth and Exeter and is just 1 hour from Exeter airport, the largest airport in Devon. From there, you can get connections to London, Manchester, and Edinburgh as well as many EU destinations. One of the largest link roads in the South West goes past Dartmouth and links travellers to M5 motorway. The main line rail service also takes you to London in less than 3 hours.

Dartmouth’s property market is constantly growing, with more than 50% of properties in the main tourist areas marked as holiday lets and second homes. This figure is up 20% in 10 years, showing the considerable growth and potential future potential Dartmouth holds. Airbnb has more than 500 holiday homes located in Dartmouth, and there are many more listed elsewhere!

Below are some statistics (last 12 months) on Dartmouth: 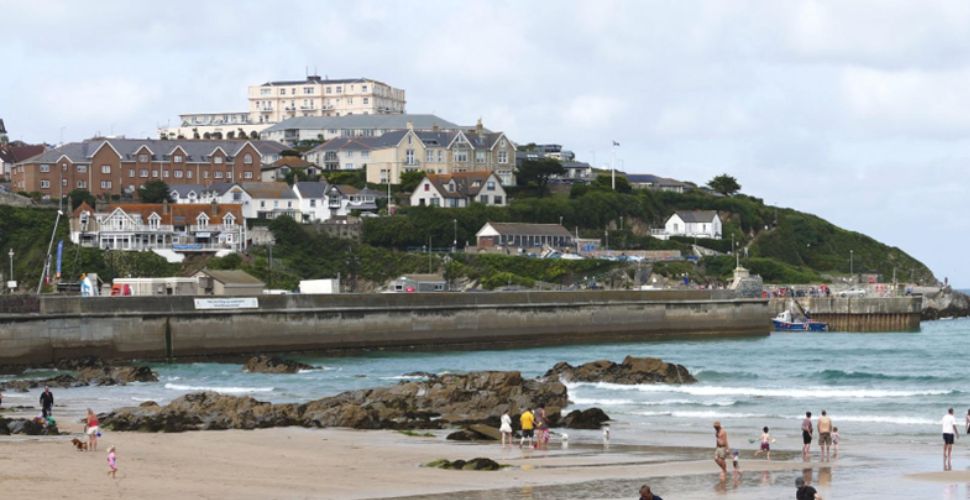 While summers in Newquay are almost always fully booked, Newquay also holds several festivals during the year, including Boardmasters, which attracts many young people to the area. As a result, the property market has been growing significantly. Its average occupancy rate throughout the year is 80%, and in the summer, this regularly hits 100%. In the last three years, properties have grown on average by 8% per year, with the areas of the town located closest to the coast having seen the largest growth. Located relatively centrally along the North Cornish coastline, Newquay is a popular spot for families travelling in Cornwall. It has good rail and road links and even has its own airport.

Investors love Newquay due to the relative stability in bookings. People come all year round for the strong surf and coastal walks. Having 100% occupancy throughout the summer months means cash flow throughout the year on average is high with the average monthly rent ranging from £1000 to over £4000 per month.

Below are some statistics (last 12 months) on Newquay: 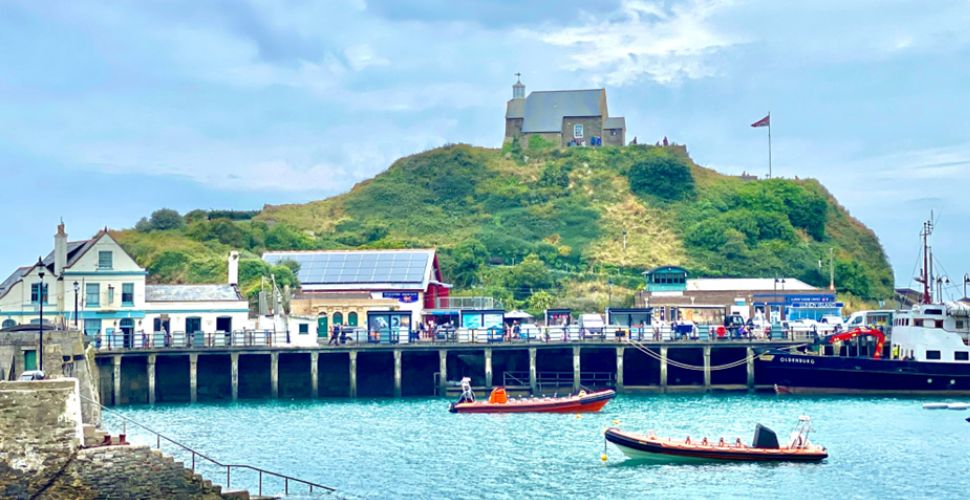 Ilfracombe is located on the North Devon coast and is nestled in a very popular area for travellers in both summer and winter. The small fishing village is full of life with the majority of the town having views over the blue harbour and surrounding coast. Its variety of high-end restaurants and hotels attracts tourists from all over and is home to some of the best cafes in the South West. It’s located close to the surfing towns of Woolacombe and Braunton and is in close proximity to Exmoor, one of two South West National Parks. Exmoor is known for its great variety of wildlife and beautiful views over the coastline. As Ilfracombe is on the edge of the National Park, many tourists choose to stay there meaning demand for holiday lets is high all year around.

Average daily rent in Ilfracombe is around £145 per night with average monthly rentals sitting at a healthy £2320 per month. In the last 18 months a further 200 new holiday lets have been added to the market in Ilfracombe totalling 1116 active rentals (as of July 2022)! This is approximately 25% of the properties in Ilfracombe. So certainly, Ilfracombe is also among the list of best places to buy a holiday home in the UK.

Below are some statistics (last 12 months) on Ilfracombe: 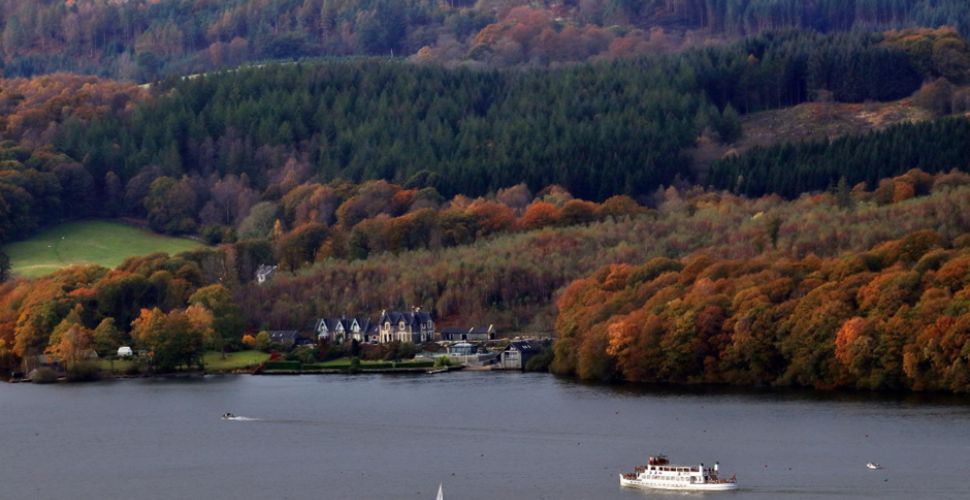 Ambleside is located in Cumbria in Northwest England. It borders Scotland and has a large range of tourist attractions including Lake Windermere (the longest lake in England), the coast, and various National Parks. With relatively inexpensive property, compared to the South of England, available throughout the town, Ambleside is a top destination for hikers and mountain bikers wishing to explore the Lake District. With it being one of the last stops before the wilderness of the Lake District, Ambleside has everything needed for tourists. Many Airbnbs are already located in Ambleside and with the average occupancy at 56%, it shows that Ambleside has strong investment potential for holiday lets.

Ambleside is located on a fast A Road which takes you all the way down to Manchester. As a result properties with parking as a free feature generally have better occupancy rates and higher average daily rates. Find out more on Ambleside in the info below (stats from the last 12 months):

Below are some statistics (last 12 months) on Ilfracombe:

To summarise, although there is no right or wrong destination or place to buy a holiday home in the UK, you must consider your long-term goals and your income objectives before deciding on a location. Some towns and cities are better placed for seasonal influxes of tourists, while others have a steady stream all year. Omah identifies the top opportunities in each market, after taking into consideration their seasonality, type of property best suited for that area and many other factors.